Welcome to my latest blog post; this time I´ll be discussing health and fitness and how you can remain fit and healthy when living in a new country! As in the UK there are lots of different activities that you can take part in, ranging from football to volleyball and cycling to swimming. Moreover, its also important to have a balanced diet to maintain a healthy lifestyle; with this in mind I´ll be discussing how you can achieve this in a brand new place! As ever the key vocabulary is highlighted in bold, see if you can remember the translation without looking!

One of the best things about being in a totally new city and country, is that there is so much to explore and do once you arrive! You will often find (especially if you live in a city) that it is more interconnected than you might think, a lot of places are a short bus ride away. I have also found that most places are within a half hour walk so you can easily save money on the bus and get some exercise in too. In Valencia specifically, they have bikes which you can hire for a small fee (similar to the ´Boris Bikes´of London) I use them all the time and have found that its a great way of exploring the city and exercising too. Furthermore, as you´re living in new country lots of new sports will be availble and easily accessible. For instance, in Valencia they play a sport called ´La pelota Valenciana´which translates to ´Valencian ball´. Another example is ´Padel´ a hugley popular example of a sport that is not commonplace in the UK. Below you can find an explanation of some of the rules, the key words are translated but feel free to look up ones you don’t understand!

Needless to say, alongside all the new activities that you can find in Spain; there are also ones which will be far more familiar to you! Football is by far the most popular sport and there are a multitude of teams which you can easily join, basketball is also popular and can be found in most gyms too. Whilst its important to embrace change, if you want to find something a little closer to home, you´re able to without too much trouble. 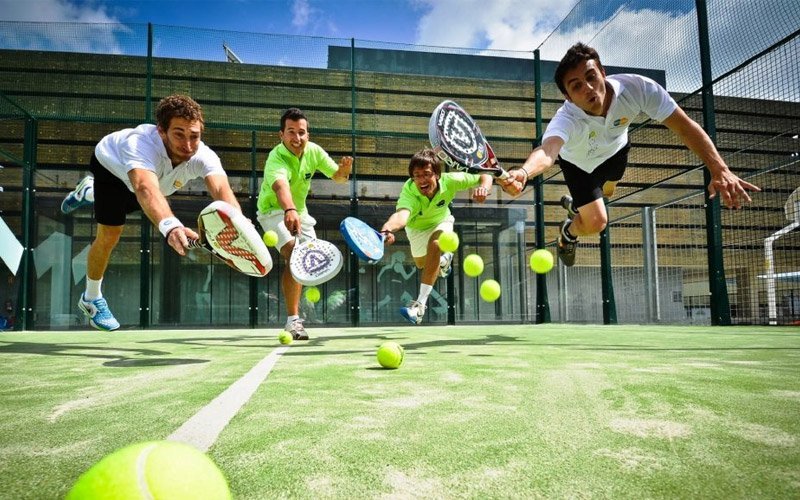 Apart from exercise though, another important consideration is your diet. Living abroad can be challenging at times and as such its important to look after yourself mentally and physically. In Spain there are many different options for healthy eating that are not commonplace in the UK. As with most parts of living in a new country, its important to have an open mind and to embrace new things which you haven´t been exposed to before. Apart from Paella and arroz al horno (which are discussed in my previous blog) there are lots of different examples of healthy and tasty ways to eat well. In Valencia its very common to find fresh fruit and veg vendors near to supermarkts, they are often cheaper than the same produce sold in the supermarkets and the food they sell is generally fresher than the alternatives. I have been able to buy all the fruit and veg that I need for the week for as little as 5€. Furthermore, in the supermarkets themselves they have fresh fruit machines, which enable you to squeeze fresh orange juice for little cost. In Valencia there are orange trees and lemon trees lining most streets as a constant reminder of the healthy food easily available to you.

Thank you for reading this latest blog, I hope you enjoyed! Hasta la proxima!